“A 20-year-old man yesterday talked about the consequences of having unprotected sex with his girlfriend three years ago as part of the Valentine’s Day campaign “Don’t Let Love Be An Excuse for Sex”, launched by a network of social activists. At that time, the man recalled, his girlfriend became pregnant and he turned to the drug trade to earn money to raise their child. He was later arrested and detained at Kanchanaphisek male juvenile remand home for three years.”

…Well. That escalated quickly. And it certaintly said more about the dangerous of ILLEGAL drugtrade than perfectly legal sex. Also, that man was an idiot.

This city has grown on me. And after spending the weekend exploring Nairobi by Night I’m slowly falling in love. It’s true what is said, “it’s always the people that makes a place” and here, here you have them all. I always find it fascinating to discover which individuals who decide to settle (even so only for a little while) in a place. Spent Friday in a gin and tequila induced haze managing complex reflections on the fascination of death and euphoria of euphoria. Saturday establishing new friendships. And Sunday watching Django.  So far people are intriguing and so, the space is intriguing and so, this place is intriguing!

Spent a night in Germany hunting for trolls, the eternal companion A. by my side. Giant trolls, skinny trolls, grim trolls and baby trolls. I still sometime find myself dumbfound over the adventures we tend to stumble over. It’s such an amazing thing to have someone just as crazy, spontaneous and wild as you are to wonder around life with. We have had, give or take, around 6 345 days of adventures so far, the 50 I will spend in Riyadh without, you, my better half is nothing compared to that.

We sat outside under the red blossoms tonight and for the first time spoke about going home. “It’s already come to this,” I thought. That moment when you realize that this soon shall end. This fascinating thing and truth that everything that begins soon will end again. But then I remembered how it seems like each end is just a new beginning. The dynamic process of creating our own bearable existence. And then the happy memories: Before take off to Saudi I invited  women in my life that I love to come drink and dance one night with me. Today I found hazy and dizzy memories in my camera. 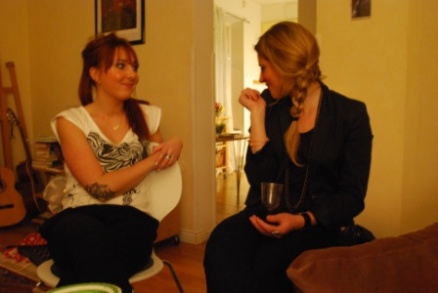 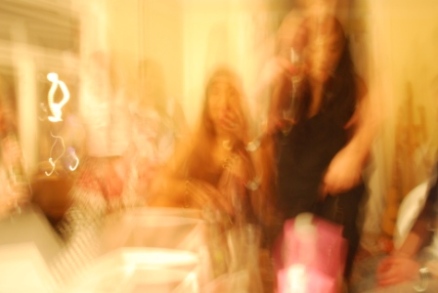 It’s 2.50 at night and I have to get up and go to work in 4 hours. But I don’t care. Life here is so surreal. I don’t even know where to begin and describe it. Spent the weekend in DQ which was nice, went to Steak-night at the US embassy and then an after party during Wednesday and then headed to a Marine event on Thursday.

However, none if it is even comparable with what happened today. First I hiked along the outskirts of DQ before heading to the “magilist” a forum where some of the most prominent members of society gathers and reflect upon different topics. Today the islamization of psychology.

Afterwards we headed out to a farm in the desert outside Riyadh where they slaughtered a sheep in the honor of T’s birthday and then cooked it in the ground for 1,5 hrs. It was the freshest meat I’ve ever tasted. And the only thing difficult with a midnight feast was the fact that your almost not allowed to stop eating. Which was fine though since it was absolutely amazing.

Driving home in the Riyadh night we, four women and one guy, all off a sudden saw hundreds of cars parked along the highway, blocking off a huge part of the road. At first we though it was an accident, but then we saw that there were hundreds of people standing on the divider in the middle of the road watching the other side of the highway. We stopped and climbed out, and found ourselves being the only four women amidst hundreds of young saudi boys watching cars drift by. INSANE. The sound the cars made as they swirled down the sandy roads, the cheering of the crowd closing in on us shouting about how crazy the saudi men are, like being in the midst of a wolfpack, watching the wolf snarl and show it’s teeth. The adrenaline was amazing, an incredible rush. Five minutes pass and two cars drift by, our hearts beating like drums, before the crowd (after taking countless pictures of the spectacle we provided) let us back in the car. After surrounding the car for several minutes they finally let us drive of. A Land Rover follow us, the young men showing of their best tricks hanging out the car, playing with death. Apparently 17 people die every day in traffic, according to official statistics. But who really knows? Soon the boy loose their interest and speed off. We are left in a state of bizarre chock. Like the one hours before when the man dressed in white slits the sheep’s throat and the blood sprays everywhere and then the head is thrown on the ground. We drive towards home only to be slowed down by the passing of a massive convoy of police-cars escorting some prince or princess somewhere. Finally we make it home. I stumble back inside. This life. The intensity. Oh. Riyadh!

I know it’s been all over the Internet already but I absolutely love United Colors of Benetton’s new “un-hate” ad.

Above is the Pope kissing Ahmed Mohamed el-Tayeb. Tha Vatican has called it “totally unacceptable.”

…Angela Merkel in a clinch with French president Nicolas Sarkozy… 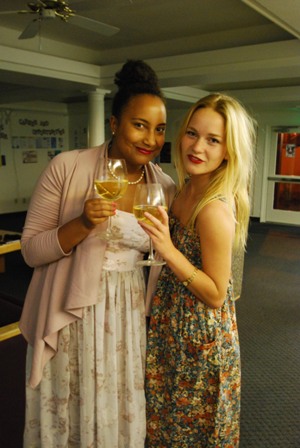